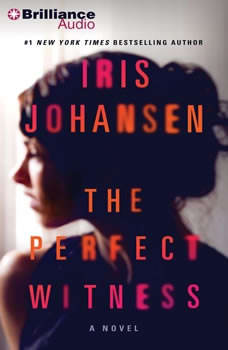 From the #1 New York Times bestselling author comes an explosive new thrillerShe had the perfect life.She had the perfect cover.She was the perfect witness.Until they found her.From the blockbuster bestselling author of the Eve Duncan novels comes a new, stand alone thriller about a woman with a photographic memory who has lived her life in the Witness Protection Program. What she once saw put her entire family in jeopardy and now, years later, her cover is blown. She’s on the run, and the lives of those she holds dear hang in the balance. As only Iris Johansen can do, you won’t see the twists coming.