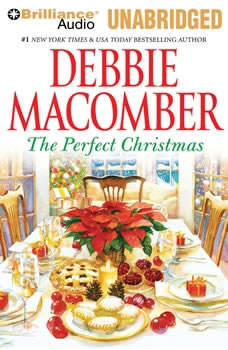 For Cassie Beaumont, it’s meeting her perfect match. Cassie, at thirty-three, wants a husband and kids, and so far, nothing’s worked. Not blind dates, not the Internet and certainly not leaving love to chance.What’s left? A professional matchmaker. He’s Simon Dodson, and he’s very choosy about the clients he takes on. Cassie finds Simon a difficult, acerbic know-it-all, and she’s astonished when he accepts her as a client.Claiming he has her perfect mate in mind, Simon assigns her three tasks to complete before she meets him. Three tasks that are all about Christmas: being a charity bell ringer, dressing up as Santa’s elf at a children’s party and preparing a traditional turkey dinner for her neighbors (whom she happens to dislike). Despite a number of comical mishaps, Cassie does it all—and she’s finally ready to meet her match. But just like the perfect Christmas gift, he turns out to be a wonderful surprise!What would the holidays be without a Christmas story from Debbie Macomber?

Only Yours
by Susan Mallery

Montana Hendrix has found her calling — working with therapy dogs. With a career she loves in a hometown she adores, she’s finally ready to look for her own happily ever after. Could one of her dogs help her find Mr. Right... or maybe Dr...

A Turn in the Road
by Debbie Macomber

In the middle of the year, in the middle of her life, Bethanne Hamlin takes a road trip with her daughter, Annie, and her former mother-in-law, Ruth.They’re driving to Florida for Ruth’s 50th high-school reunion. A longtime widow, Ruth w...