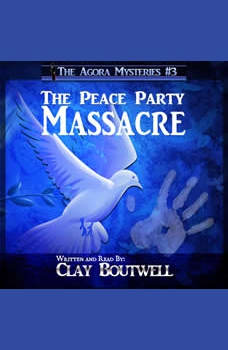 Kidnapped! An honorable man has gone missing and his wife is not in the least helpful. The sheriff dithers and every day brings death closer to a reality.It is late 1865. After hostilities cease, the Agora Society, led by the indomitable Carl Brooke, sends a group to aid the reconstruction of Wilmington Port in North Carolina and to encourage its sister society, the Nec Temere.Unknown to the volunteers, a heinous crime has been committed, creating a greater urgency for the Agora’s more… colorful services.This is a story of a near death, a murder, and the letter that introduces Carl Brooke to “the figure that looms so vividly” in his nightmares.Nec Temere, Nec TimideNeither Rashly, Nor Timidly--In the style of Arthur Conan Doyle, Clay Boutwell brings back the Agora Society and its premier scholar, Carl Brooke. This is the third short story in the Agora Series.