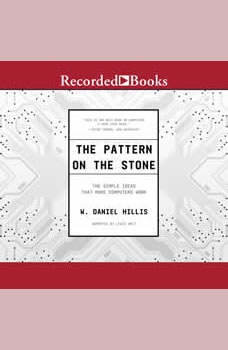 The Pattern on The Stone: The Simple Ideas That Make Computers Work

Most people are baffled by how computers work and assume that they will never understand them. What they don't realize-and what Daniel Hillis's short book brilliantly demonstrates-is that computers' seemingly complex operations can be broken down into a few simple parts that perform the same simple procedures over and over again. Computer wizard Hillis offers an easy-to-follow explanation of how data is processed that makes the operations of a computer seem as straightforward as those of a bicycle.Avoiding technobabble or discussions of advanced hardware, the lucid explanations and colorful anecdotes in The Pattern on the Stonego straight to the heart of what computers really do. Hillis proceeds from an outline of basic logic to clear descriptions of programming languages, algorithms, and memory. He then takes readers in simple steps up to the most exciting developments in computing today-quantum computing, parallel computing, neural networks, and self-organizing systems.Written clearly and succinctly by one of the world's leading computer scientists, The Pattern on the Stone is an indispensable guide to understanding the workings of that most ubiquitous and important of machines: the computer.

Life after Television
by George Gilder

In this remarkably prescient book, Gilder predicts how television will merge with other technologies and evolve into the telecomputer, a personal computer adapted for video processing and connected by fiberoptic threads to other personal computers a...

Deep Learning: What You Need to Know about Machine Learning
by David Feldspar

Two books in one:Book 1:Big data can tremendously improve a company’s performance. Many company owners or accountants don’t look at all the numbers, misread the numbers, or don’t know how to scale faster and more effectively. In th...

The Unofficial Guide To iOS 10
by My Ebook Publishing House

iOS 10 The Unofficial Guide To iOS 10 - Everything You Need To Know About iOS 10 - Advanced Tips And Tricks And New iOS 10 Features For The iPhone 7, iPhone 7 Plus And iPad! The latest version of Apple's mobile operating system, iOS 10, is the bigge...

Youtube Marketing: Youtube Marketing For Beginners, Learn How To Use Adwords Step By Step, Generate Authority And Grow Your Audience By Branding Yourself
by Marcus Baumann

Youtube Marketing For Beginners, Learn How To Use Adwords Step By Step, Generate Authority And Grow Your Audience By Branding Yourself