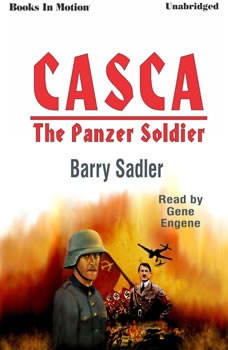 It was easy for Casca to go along with some of the basic premise behind the Nazi war machine. These men were soldiers, hard fighting men born of the same militaristic outlook that had sustained him since that fateful day at Calvary. Inevitably the high so