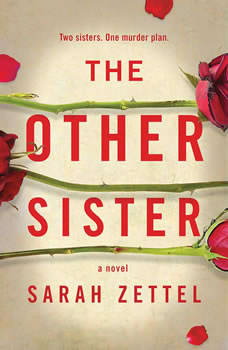 Two sisters. One murder plan.An intense psychological thriller full of family secrets, perfect for readers of The Woman in the Window and Watch Me Disappear. Everyone thought reckless, troubled Geraldine Monroe was the bad sister-especially when she fled town after her mother's death twenty-five years ago. But people don't know the truth. Marie Monroe knows. She was there for their father's cruel punishments, the constant manipulation, the lies. Everyone thinks she's the perfect daughter-patient and kind, and above all obedient. No one would suspect her of anything. Especially not murder. Now Geraldine's home again, and she and Marie have united in a plan for the ultimate revenge. But when old secrets and new fears clash, everyone is pushed to the breaking point . . . and the sisters will learn that they can't trust anyone-not even each other."An exhilarating ride full of twists and turns, this page-turner will leave you guessing until the very end!" -Steena Holmes, New York Times bestselling author of The Forgotten Ones"Sarah Zettel's THE OTHER SISTER is as dark and twisted as they come; a compelling and sinister psychological thriller in which every character is deeply flawed, their desire for revenge understandable and relatable. With its intricate web of secrets long buried, readers won't be able to stop turning the pages!" -Karen Dionne, author of The Marsh King's Daughter

A Discovery at Vonville
by L.C. Warman

After a contentious debate, a secluded family holds an open house to finally sell their estate. But when one among them suddenly dies, the tragedy threatens to unravel the secrets that bind them together.***Deborah, Patricia, and Elizabeth have live...

She Was the Quiet One
by Michele Campbell

"[A] mystery with teeth — and nails." — New York Times Book ReviewFrom the author of It’s Always the Husband comes a riveting new suspense audiobook about privilege, power, and what happens when we let ambition take control. For Ro...