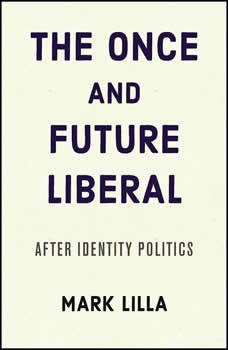 The Once and Future Liberal: After Identity Politics

From one of the most internationally admired political thinkers, a controversial polemic on the failures of identity politics and what comes next for the left — in America and beyond.Following the shocking results of the US election of 2016, public intellectuals across the globe offered theories and explanations, but few were met with such vitriol, panic, and debate as Mark Lilla’s. The Once and Future Liberal is a passionate plea to liberals to turn from the divisive politics of identity and develop a vision of the future that can persuade all citizens that they share a common destiny.Driven by a sincere desire to protect society’s most vulnerable, the left has unwittingly balkanized the electorate, encouraged self-absorption rather than solidarity, and invested its energies in social movements rather than party politics. Identity-focused individualism has insidiously conspired with amoral economic individualism to shape an electorate with little sense of a shared future and near-contempt for the idea of the common good.Now is the time to re-build a sense of common feeling and purpose, and a sense of duty to one another. A fiercely argued, important book, enlivened by acerbic wit and erudition, The Once and Future Liberal is essential listening for our times.