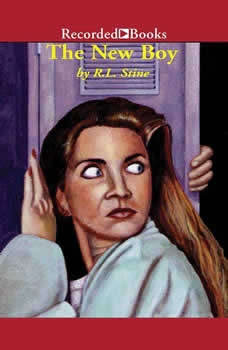 There's a new boy at Shadyside High School, and he's stolen the hearts of all the girls. Good-looking, athletic Ross Gabriel is the kind of guy that every girl wants to date-including best friends Janie, Eve, and Faith. They've even made a bet on which one of them he'll go out with first. Ross dates a lot of girls-and one by one, they're all murdered. It looks like going out with Ross means flirting with a gruesome and horrifying fate. So when Ross asks Janie out, she isn't sure what she should do. Will her dream date turn into a nightmare? When it comes to writing nerve-jangling thrillers for today's young people, R.L. Stine is the master. With true-to-life teenage characters and clever, hair-raising plots, his best-selling books have captured the imagination of young people across the nation and attracted thousands of reluctant readers to library bookshelves.

The Dead Speak
by Jeff Child

A thrilling story about a golden pickaxe and its new ownerDoug and his dog, Otto, dig in the backyard. When it becomes evident that there is a golden pickaxe underneath the soil, Doug is extremely happy. A valuable object such as this could surely b...

When it comes to writing nerve-jangling thrillers, R.L. Stine is the master. His wildly popular books have attracted thousands of young people. The Thrill Club is his hair-raising tale of a teenager who writes horror stories everyone loves-until the...

A reclusive, haunted Dr. Frankenstein and his assistant are visited by a strange, persistent stranger in this haunting short story by R.L. Stine.It's a dark and stormy night, and the new, unnamed assistant to the penniless Dr. Victor Frankenstein a...

It's the First Day of School...Forever!
by R. L. Stine

On the first day of school, Artie falls out of his bed and hits his head. Hard. He tells his mom he's dizzy and she says:"You're just worried about your first day in a new school."At breakfast, his little brother, Eddie, splashes syrup in his hair, ...