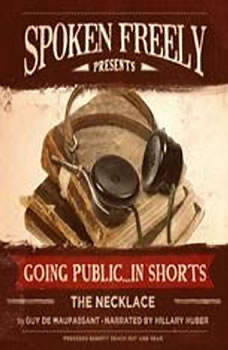 A lesson on the power of vanity, The Necklace tells the story of Madame Mathilde Loisel and her husband. Mathilde always imagined herself as a socialite with beautiful gowns and wonderful jewels. Her husband, however, is a lowly clerk and the two have little money. Desperate to attend an important party, she borrows a friends diamond necklace to match the dress her husband bought for her. But when Mathilde loses the expensive jewels, she nearly destroys her life in an effort to pay back the debt.Proceeds from sale of this title go to Reach Out and Read, an innovative literacy advocacy organization.