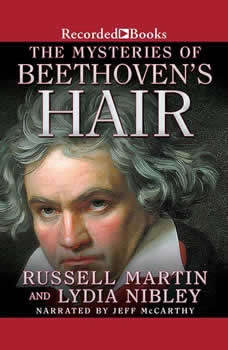 The Mysteries of Beethoven's Hair

Russell Martin, author of Beethoven's Hair, and his wife, Lydia Nibley, tell the story of how a lock of Ludwig von Beethoven's hair, clipped from the composer's head on his deathbed in Germany in 1827, ended up in Nazi-occupied Denmark in 1943 and was later sold at auction in London in 1994. Learn about this incredible journey through history and the mysteries revealed about Beethoven's deafness and death. Photographs, correspondence, reserach, and forensics further inform this fascinating story.