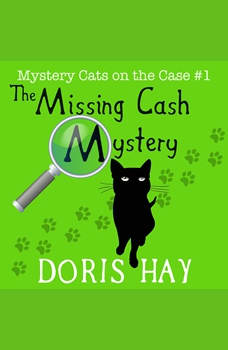 The Missing Cash Mystery (Mystery Cats on the Case Book 1)

Ginger’s just a kitten who loves a good mystery. She’s never actually solved one before, but when a neighbour’s safe is broken into, Ginger’s on the case. Her fellow Mystery Cats, Butterball and Zorro, don’t see any point in looking into this crime. Clearly, the neighbour’s son stole the money. He doesn’t work, mooches off his parents, and suddenly has the cash to take his girlfriend on a splashy beach vacation? Even Gemma, the neighbour-lady, feels pretty certain her son is to blame—that’s why she didn’t bother calling the police. But Ginger smells a rat, and she won’t give up until the true culprit is brought to justice… even if the investigation puts this tiny kitten in all sorts of danger!