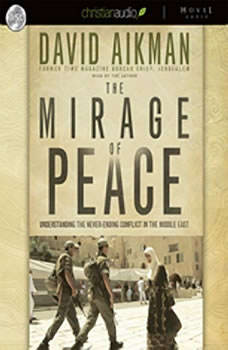 The Mirage of Peace: Why the Conflict in the Middle East Never Ends

Former TIME Magazine Jerusalem bureau chief David Aikman takes a sober, balanced look at the Middle East, bringing a journalist's mind and a believer's heart to his examination of religion aflame. In this timely and informed exploration of current Mid-East issues that goes beyond headlines and sound bites, Aikman fills in the blanks for thoughtful Christians, accurately tracing recent history and fairly portraying the leaders who have made that history. Aikman challenges us to a uniquely Christian approach to the Middle East: respect, reason, and love, rather than unqualified tolerance on the one hand or religious crusading on the other.