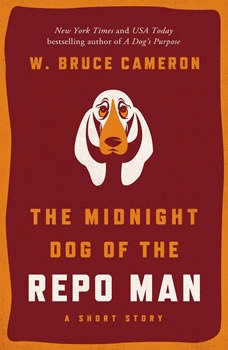 The Midnight Dog of the Repo Man

This short story introduces former college football star turned repo man Ruddy McCann, star of W. Bruce Cameron's new novel The Midnight Plan of the Repo Man, and tells how Ruddy met his best friend Jake, a lazy but lovable basset hound, during a repo gone wrong. Full of laugh-out-loud humor and thrilling adventure, The Midnight Dog of the Repo Man is a page-turning, delightful short story by the author of the New York Times and USA Today bestselling A Dog's Purpose, A Dog's Journey, and The Dogs of Christmas that shows us that unconditional love is just a tail wag away and can happen upon us when we least expect it.