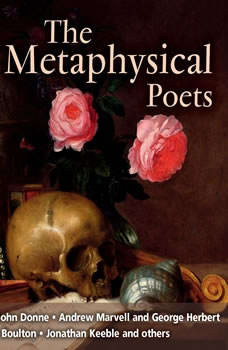 John Donne, Andrew Marvell, George Herbert, Thomas Carew and Henry Vaughan: these were some of the 17th-century writers who devised a new form of poetry full of wit, intellect and grace, which we now call Metaphysical poetry. They wrote about their deepest religious feelings and their carnal pleasures in a way that was radically new and challenging to their readers. Their work was largely misunderstood or ignored for two centuries, until 20th-century critics rediscovered it, finding in it a deep originality and a willingness to experiment that made much conventional poetry look merely decorative. This collection provides the perfect introduction to this diverse group of fascinating poets.

Poetry for the Winter Season
by Christina Hardyment

In November 2005, hundreds of people submitted recordings of Shakespeare, Wordsworth and Roger McGough in an attempt to win a prize – participation in the recording of this new poetry collection by Christina Hardyment, historian and audio...

Narrator: Read by winners of the Naxos Audiobooks-The Times Voice of the Y
Published: 10/01/2006

Elizabeth Barrett Browning (1806–1861) and Christina Rossetti (1830–1894) were both regarded as the female poet laureates of their time, and between them their writings spanned almost the entire Victorian age, from the end of Romanticism...