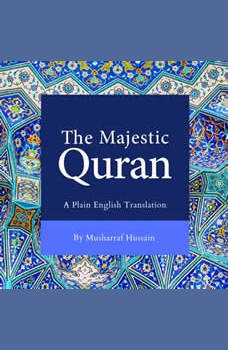 This translation of the Quran will help you to understand the topic you are listening to and learn the moving and transformative message of the Quran. There are 1500 sections with headings. The infallible word of God is a literary masterpiece of breathtaking beauty, revealed by the Most Gracious and Loving Lord in an authoritative yet gentle, poetic language. This refreshing and beautiful message of the glorious Quran is accurate, and reads easily and flows smoothly. This landmark translation will appeal to English speakers globally.