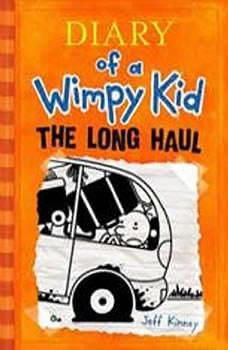 Series: Diary of a Wimpy Kid #9

Greg Heffley and his family hit the road in author-illustrator Jeff Kinney's latest installment of the phenomenal bestselling Diary of a Wimpy Kid series. A family road trip is supposed to be a lot of fun . . . unless, of course, youre the Heffleys. The journey starts off full of promise, then quickly takes several wrong turns. Gas station bathrooms, crazed seagulls, a fender bender, and a runaway pignot exactly Greg Heffleys idea of a good time. But even the worst road trip can turn into an adventureand this is one the Heffleys wont soon forget.