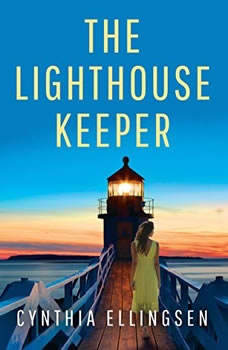 An Amazon Charts bestseller.Dawn Conners’s parents are famous for finding historic treasures, but she has a knack for losing things—her job, her boyfriend, and now, her reputation. Thanks to a mud-slinging exposé, Dawn’s late great-grandfather is assumed guilty of stealing silver from a century-old shipwreck. Hoping to clear his name, Dawn returns to Starlight Cove, her idyllic hometown on Lake Michigan, where the doomed vessel sleeps beneath the beam of a ramshackle lighthouse.Her plan: remodel and sell the lighthouse while untangling the perplexing family mystery. Neither task is easy, especially once her well-meaning parents and the quirky locals—including nautical researcher and Starlight Cove’s most eligible bachelor, Kip Whittaker—get involved. Despite their attraction, Dawn is reluctant to trust Kip, or any of the close-knit townsfolk. But as she pieces together the truth, Dawn’s once-shuttered heart opens up. And if she’s willing, the lighthouse might guide her to a place she never expected to find, where the past entwines with a bright new beginning.

The Sins of the Mother
by Danielle Steel

Every woman makes choices. And no one has made more difficult choices than Olivia Grayson. The enormously successful businesswoman missed out on much of her children’s lives while she built her legendary home-furnishings empire. In Danielle St...