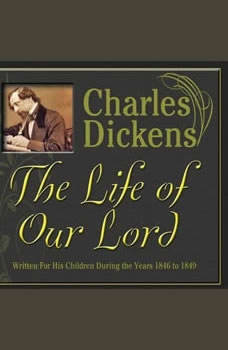 &ldquo;I am very anxious that you should know something about the history of Jesus Christ. For everyone ought to know about him. No one ever lived who was so good, so kind, so gentle, and so sorry for all people who did wrong or were in any way ill or miserable, as He was.&rdquo;&mdash; Charles DickensCharles Dickens wrote The Life of Our Lord around the same time he was finishing David Copperfield, but to listeners raised on a diet of Dickensian wit and indignation, his rendering of Jesus&#39; life may come as something of a surprise.Dickens approaches his subject with simple reverence, retelling the New Testament in a manner suitable for young children &ndash; who were, in fact, his only intended audience. Originally written for his own children, it wasn&#39;t until the death of Dickens&#39; last living son that the manuscript was finally published in 1934.

A Pennyworth of Peppermints
by Mary Weeks Millard

A Pennyworth of Peppermints is a spy story for 8-11s, set in the First World War. While collecting driftwood on their local beach in Dorset, Ben and Sidney find a message in a bottle washed up on the shore. The message is written in rhyme - is it ju...

Teaching Them All Things
by John Warwick Montgomery

Teaching Them All Things compares and contrasts the current situation in the United States and the United Kingdom, and suggests ways in which the gospel can be presented without violating the "separation of church and state" principle.

Get Out Now
by Mary Rice Hasson

Should we stay or should we go? Millions of parents with children in public schools can't believe they're asking this question. But they are. And you should be asking it too. Almost overnight, America's public schools have become morally...

Roots of the Messiah
by Todd Busteed

What do Adam, Abraham, Jacob, Judah, Tamar, Rahab, Ruth, Boaz, David, Bathsheba, Solomon, Joseph and Mary have in common? Everyone has a family tree, even Jesus! Come back in time with us to learn Jesus&#8217; lineage starting with Adam. Some of...

Halloween: Invitation to the Occult?
by Chuck Missler

The celebration of the pagan festival of Halloween is now a multi-billion dollar merchandiser's market. Fifty percent of Americans will decorate for Halloween (compared to over 80% for Christmas). It is now the third most popular party activity, aft...

I, Jesus: An Autobiography
by Chuck Missler and William Welty

Many people who knew Jesus understood him well enough to admire him, to respect him, and to love him. Others were terrified of him. Some of his own relatives said he was out of his mind. But the politically and religiously intolerant leaders of firs...

Revenge of the Flying Carpet
by J.M. Evans

Paul’s twin sister, Trinity, has made his life a misery as long as he can remember, so when he finds a magic carpet in his gran’s loft he begins to plot revenge! But Paul gets much more than he bargained for as he and Trinity travel thro...

Every parent wants the best possible education for their child--one that fits their child's unique needs, challenges them to grow, and equips them to succeed. But there are so many options--public, private, and charter schools, plus homeschoolin...

The Spiritual Gifts
by Chuck Missler

The apostle Paul told the Corinthian Christians, “Now concerning spiritual gifts, brethren, I would not have you ignorant.”Sadly, today many people are confused about the person and work of the Holy Spirit. Who or what is the Holy Spi...