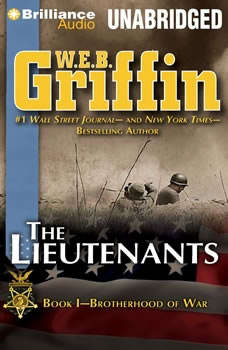 The Lieutenants: Book One of the Brotherhood of War Series

They were the young ones, the bright ones, the ones with the dreams. From the Nazi-prowled wastes of North Africa to the bloody corridors of Europe, they honorably answered the call. War–it was their duty, their job, their life. They marched off as boys and they came back–those who made it–as soldiers and professionals forged in the heat of battle... “An American epic.” — Tom Clancy