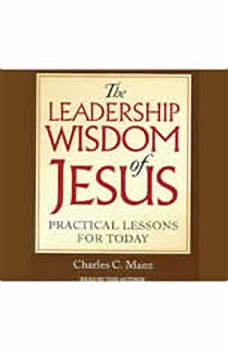 The Leadership Wisdom of Jesus

Remarkably contemporary, The Leadership Wisdom of Jesus challenges listeners to evaluate their own leadership style and consider time-tested wisdom to make them more effective leaders.