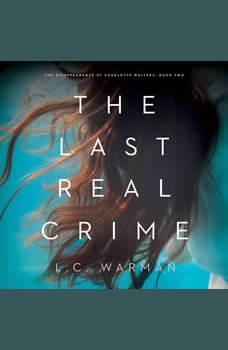 Series: The Disappearance of Charlotte Walters

A body in the lake. A mystery that is not what it appears. A boy with his own dark secrets.

It's been four days, and 17-year-old Reese Elderwood still has no idea what happened to her missing best friend, Charlotte Walters.

Charlotte disappeared at her own house on a Saturday night, in the middle of a Halloween party with the theme of "missing girls." And so far, no one has any answers. Charlotte's parents and older brother are still acting strange, a classmate whom Reese used to have a crush on has been giving her cryptic hints and warnings, and the police have made a shocking discovery in the lake that raises only more questions.

But Reese is not about to give up on her best friend. The affluent, lakeshore town of St. Clair has always been a place full of secrets, but Reese will make sure that what happened to Charlotte doesn't remain one of them.

Her first order of business? Making a trip to Charlotte's neighbor's house, where an elusive boy drops hints that the mystery Reese is unraveling is bigger than she could have imagined—and that if Reese keeps investigating, she may discover that her best friend was keeping more than just a few secrets from her.

THE LAST REAL CRIME is the second novel in the YA mystery trilogy “The Disappearance of Charlotte Walters.”

A missing girl with dark secrets. A friend who cannot let her go. A ticking clock that is running out.***Almost one week ago, 17-year-old Reese watched her best friend, Charlotte Walters, run laughing out of a party and into the woods by the lake.Ch...