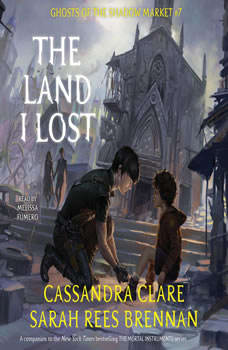 The Land I Lost: Ghosts of the Shadow Market

Alec Lightwood, partner of the High Warlock of Brooklyn and father of a warlock child, visits Buenos Aires in the aftermath of the Dark War. When he arrives, he is not welcomed by the Shadowhunters there. He believes it is because of his companion Lily, the head of the New York vampire clan, until a Shadowhunter orphan confides a dark secret to him under cover of the Shadow Market.