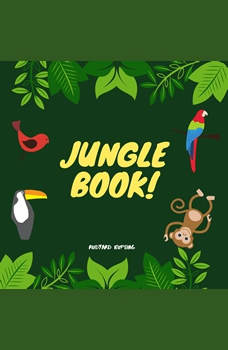 This is the story of Mowgli, the young boy raised by wolves in India: his escapades and adventures with his dear friends Bagheera the panther and Baloo the bear, his capture by the Monkey-People, his attempt at reintegration into human society, and his ultimate triumph over his avowed enemy the tiger Shere Khan. Included in the book is the story of the brave white seal, Kotick, and the tenacious young mongoose, Rikki-Tikki-Tavi who battled through the night to protect his human family from a pair of sly and viscous cobras. Packed with adventure and Jungle Law wisdom, this book has pervaded popular culture as the basis of many film and stage adaptations, including the popular Disney movie.