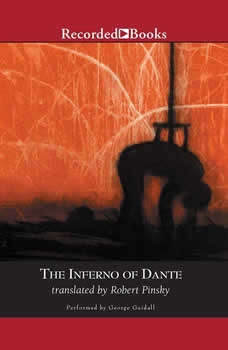 The Inferno of Dante: Translated by Robert Pinsky

Dramatic, intense, and gripping, The Inferno of Dante is an astonishing masterpiece that no listener can afford to miss. Robert Pinsky, the distinguished American poet, preserves the burning clarity and universal relevance of this 13th century literary masterpiece in a triumphant new translation for our times. Line by line, canto by canto, Robert Pinksy affirms The Inferno as a powerful living classic for today's listeners.

The Knyghte’s Tale
by Geoffrey Chaucer

The Knight’s Tale of medieval wars and chivalry is the first tale told to the pilgrims as they set out to Canterbury. It concerns Theseus, returning from fighting at Thebes, two brother knights Palamon and Arcite, imprisoned but yearning for t...

The General Prologue & The Physician’s Tale
by Geoffrey Chaucer

The Canterbury Tales are widely read and studied. The Middle English in which they were first written differs sufficiently from modern English, in vocabulary and usage, that most of us require a contemporary translation. On this recording the &lsquo...

The Pardoners Tale
by Geoffrey Chaucer

These three tales from The Canterbury Tales are read in the original Middle English by Richard Bebb under the direction of Britain’s foremost Chaucer scholar, Derek Brewer. This was Bebb’s last recording – he died shortly afte...