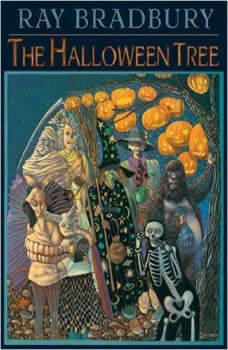 On a Halloween night, eight boys are led on an incredible journey into the past by the mysterious spirit Moundshroud. Riding a dark autumn wind from ancient Egypt to the land of the Celtic druids, from Mexico to a cathedral in Paris, they will witness the haunting beginnings of the holiday called Halloween. Ray Bradburys evocative prose and imagery will send shivers of delightand spinechilling terrorthrough listeners young and old, long after the last candle has died in your jackolantern.