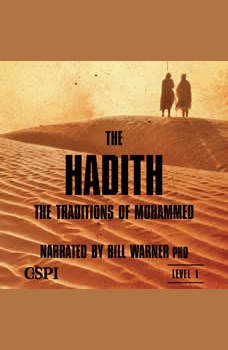 The Hadith: The Traditions of Mohammed

The easiest way to learn about Islam is through the traditions of Mohammed called the Hadith.

The Koran repeatedly commands every Muslim to follow the perfect example of Mohammed’s life, his words and deeds, referred to as the Sunna. The Sunna includes the Hadith (Mohammed’s traditions) and the Sira (Mohammed’s biography).

Since there is not enough information in the Koran for Muslims to practice Islam and understand the doctrine, the easiest way to learn about it is from Mohammed’s traditions. The Hadith gives us fascinating and detailed accounts of his life. We know what Mohammed looked like, his sense of humor, his superstitions, and how he ate. Details about his sex life, family life, and leadership are all recorded.

These Hadith contain all the information that is needed to follow the example of Mohammed as a father, a political ruler, a warrior, and the perfect husband.

THE HADITH is a condensed version of the Islamic hadith collections, providing the reader with a taste of Islam. It is concise and authoritative. The reference system allows you to confirm and verify all information with the original source texts.