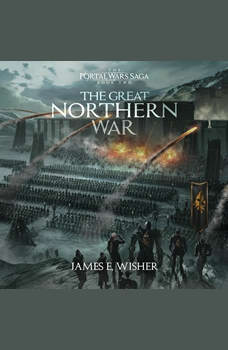 War is Hell, especially when you're surrounded by enemies.

With the king of Garenland dead and the people eager for revenge, Otto and Wolfric turn their sights north, to Garenland's ancient enemy, Straken.

The Northern Army marches into enemy territory while back in the capital Otto rushes to train as many war wizards as he can.

Outside forces refuse to leave them alone and Otto is forced to deal with an ever-growing array of foes, unreliable allies, and an enemy that will do anything to see Garenland fall.

Can Otto overcome threats both internal and external to bring the war to a victorious close?