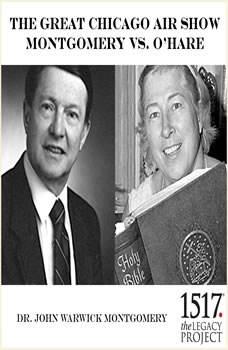 In 1967 John Warwick Montgomery and Madalyn Murray O'Hare appeared as co-guests on a Chicago radio show. This is a live recording of their riotous and tempestuous clash. Madalyn Murray O'Hare founded American Atheists Inc., and was an active lobbyist for removing prayers and Bible readings from public schools.