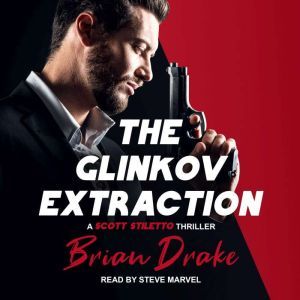 The Glinkov Extraction is the third book in the hard-edged Scott Stiletto action thriller series. An authorized mission to rescue a friend may be the last adventure of Stiletto's career . . . or his life. A coup stirring in Russia to overthrow President Putin faces the wrath of Moscow police and government agents. Suspects are arrested or assassinated. Survivors run for their lives, including Vladimir Glinkov, a friend of Scott Stiletto. Glinkov desperately calls for help, but the US government will not get involved. Despite his pleas to aid a friend in need, Stiletto is ordered to stand down. But Stiletto will not do nothing while a friend suffers. He'll get Glinkov and his family out of Russia before they're executed . . . or die trying.