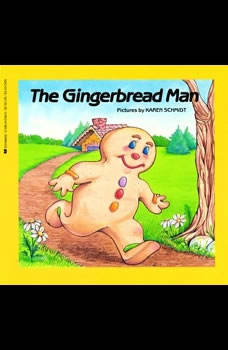 After a daring escape from the oven, the Gingerbread Man is chased by a little boy, an old man and woman, a group of farmers, a bear, and a wolf-and he outruns them all! But will the clever fox outsmart the quick cookie?