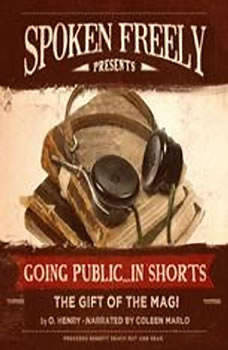 The Gift of the Magi

O. Henry was a prolific American short-story writera master of surprise endingswho wrote about the life of ordinary people in New York City. In The Gift of the Magi, one of his best-known works, a young couple at Christmas time who, despite having little money, buy secret gifts for each other. A moral lesson on the importance of love and sacrifice, The Gift of the Magi has been adapted to film more than a dozen times throughout the world. Proceeds from sale of this title go to Reach Out and Read, an innovative literacy advocacy organization.