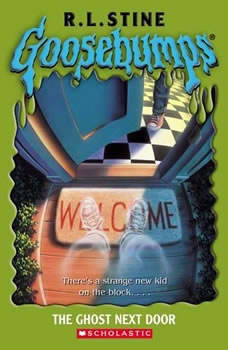 The Ghost Next Door

Lindy Sampson is a twenty-three-year-old New Yorker with a problem: She’s too beautiful. Guys are intimidated by her. Her roommate suggests Internet dating and writes a Personal ad for Lindy, calling her “Eye Candy.” The responses pour in. Suddenly, Lindy is dating four guys at once–and having the time of her life. Until she gets a terrifying note that warns: “Don’t say no, Lindy. Keep going out with me. I’ll mess you up if you ever say no.”

Which one of her admirers is a deadly freak? Lindy is now forced to say yes to everything the four men ask of her–dates, invitations to spend the night, anything. From the East Village to the Hamptons, panic and paranoia shadow her every move. Lindy suspects everyone, even the one person she thought she could trust. But Lindy Sampson doesn’t know the half of it– and what she doesn’t know could kill her. . . .