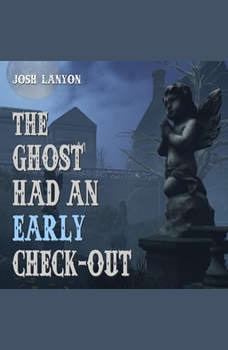 The Ghost Had an Early Check-out

To live and draw in LA.

Now living in Los Angeles with former Navy SEAL Nick Reno, artist Perry Foster comes to the rescue of elderly and eccentric Horace Daly, the legendary film star of such horror classics as Why Won’t You Die, My Darling?

Horace owns the famous, but now run-down, Hollywood hotel Angel’s Rest, rumored to be haunted. But as far as Perry can tell, the scariest thing about Angel’s Rest is the cast of crazy tenants—one of whom seems determined to bring down the final curtain on Horace—and anyone else who gets in the way.