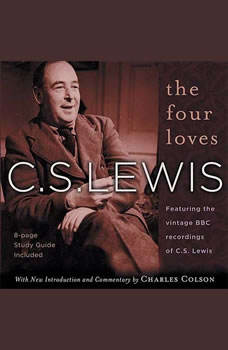 The remarkable audio edition of C.S. Lewis' beloved classic is the only existing reading of his own work. With penetrating logic and winsome wit, he explores the four aspects of love-storge (affection), philia (friendship), eros (sexual love) and agape (selfless love).

The Great Emergence
by Phyllis Tickle

From the church's birth to the reign of St. Gregory the great, to the Great Schism and through the Reformation, Phyllis Tickle notes that every 500 years the church has been rocked by massive transitions. Remarkably enough, Tickle suggests to us tha...