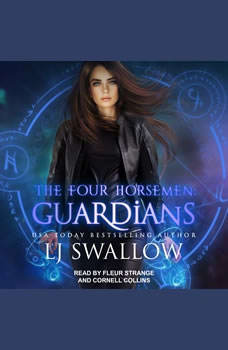 Assassins, ancient magic, and the mysterious Collector bring new challenges to the Horsemen. Can the five find the answers they need before it's too late? Three humans are dead, and the search is on for the surviving member from Vee's online group. If he's alive, Seth could hold the key to who's behind the attacks—and why the group are targets. Thanks to their broken alliance with the fae, the Four Horseman and Vee must turn to others for help and are pulled deeper into the supernatural underworld. The danger the world faces is greater than they imagined, and someone is determined the Horsemen will fail. The Four Horsemen will each do whatever it takes to protect Vee, but as Vee's relationship with the guys intensifies, so does her power. How powerful can she become and at what cost to the Four Horsemen's future? Contains mature themes.