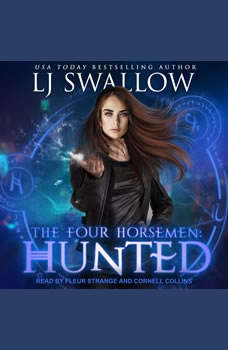 Who is Vee? Where did she come from? And what is the darkness the fae can see inside her? Xander's reaction to these questions drives a bigger wedge between the fae and the Horsemen. His move isn't popular with the others because right now they need fae help more than ever. A bloody message and a series of murders lead to a search for a threat from the past. Instead, the Horsemen encounter something new and dangerous. The race is on to find out what the creatures are and how big a threat they are to an already chaotic world. Vee discovers using her powers has a strange effect on her relationship with the Horsemen. Although this pulls her closer to the guys, the conflict between Vee and Xander continues. But is the greatest conflict within himself? And as the Five search for answers, someone watches. What does he know? Can he help? Or does he have an agenda of his own? Contains mature themes.