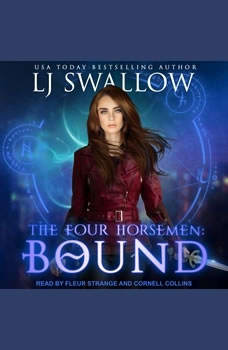 Ewan's shock revelation sends Vee's life further into chaos, and she faces an uncertain future in a secret world she never knew existed. The Four Horsemen now have their missing link and will each do anything to protect and support her, but Vee's determined to show them she can be their equal. When Vee joins the Four Horsemen's hunt for those behind the plot to murder a fae queen, she discovers society faces bigger dangers than she realised. One night changes everything and increases Vee's determination to harness her power and step into her new role. Contains mature themes.