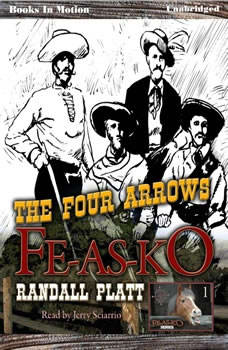 When the owner of Oregon's largest cattle ranch - the Four Arrows - is shot by his horse in a freak accident, Royal Leckner suddenly finds himself charged with teaching the owner's retarded son to take over management of the ranch. The son, Leviticus Perr