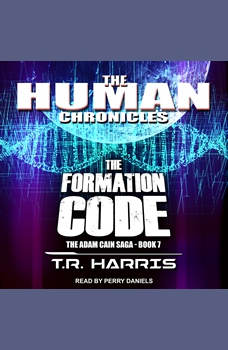 The Formation Code: Set in The Human Chronicles Universe

Internationally bestselling science fiction author T. R. Harris presents the seventh book in his epic space opera series set in the Human Chronicles universe, a thrilling tale of human superiority throughout the galaxy and the unfortunate aliens who get in our way.

It was supposed to be a peace conference, designed to bring the galaxy back down from the brink of war. But why they picked Capt. Cain's Bar & Grill as the location of the high-level talks is anyone's guess. And now a deadly conspiracy reveals itsel...