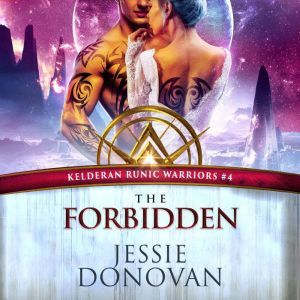 Princess Kalahn tro el Vallen has wanted a purpose beyond smiling and marrying some strategic connection her entire life. So when her brother proposes a way for her to help protect their family, she jumps at the chance and agrees to training. What she doesn’t expect is for her trainer to be the male she kissed years ago and hasn’t been able to forget since.

Ryven Xanna is not only one of the best warrior trainers in the Kelderan Army, but he’s also best friend to a prince. When his best friend invites him to participate in a secret operation that will rid the planet of traitors, Ryven doesn’t hesitate to join. True, the female he’s supposed to train is the same one he kissed in the past and wishes to kiss again, but he has the fortitude to resist her and complete his assignment. Only then can he ensure his mother’s future in the colony and the safety of his friend.

As Ryven and Kalahn work together, the pull between them only grows until suddenly they’re connected in a way that they never could’ve foreseen. However, that connection could end up killing one of them if they continue with their plans. Will they both find a way to survive their mission and be with each other? Or, will duty trump all, including the life of one of them?