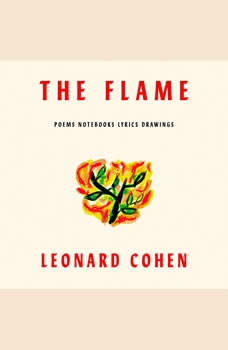 This program is read by Margaret Atwood, Rodney Crowell, John Doe, Jim Fletcher, Ari Fliakos, Maggie Hoffman, Ross Marquand, Will Patton, Seth Rogen, Michael Shannon, and Neela Vaswani.The Flame is the final collection of the seminal musician and poet, which he was determined to complete before his death.Just weeks before his death in late 2016, Leonard Cohen told The New Yorker that he was ready for the end to come. He just wanted enough time to put his last book in order. Fortunately, that time was granted. The Flame is Cohen’s eloquent farewell, a valedictory collection of lyrics and poems that maps his singular creative journey. As noted in the Rock and Roll Hall of Fame’s citation, “For six decades, Leonard Cohen revealed his soul to the world through poetry and song—his deep and timeless humanity touching our very core.”In addition to new poems about war, desire, regrets, lamb chops, and hummingbirds, and lyrics from his last three albums, including the chart-topping “You Want It Darker,” The Flame includes carefully selected excerpts from Cohen’s voluminous notebooks, which he kept faithfully over the years. Listeners will hear about the subjects that have always preoccupied Cohen: the dimensions of love, the secret code of existence, and the hope for transcendence in a broken world. In the words of Cohen’s longtime manager and friend, Robert Kory, The Flame “reveals to all the intensity of his inner fire” to the end.

Published to immediate acclaim in 1956 when he was twenty-two years old, Let Us Compare Mythologies is Leonard Cohen's first book and contains poems written between the ages of fifteen and twenty.

Say It Yourself
by Gerardo D'Orrico

This diary is the fourth book written by me, a collection of twenty compositions representing the thought and certainties of our modern age. Tales about a not very distant past that could be identified with today`s reality, the present not reviewed ...

Book of Mercy
by Leonard Cohen

Internationally celebrated for his writing and his music, Leonard Cohen is revered as one of the great writers, performers, and most consistently daring artists of our time. Now available on audio for the first time, the poems in Book of Mercy brim ...

Book of Longing
by Leonard Cohen

“Book of Longing has exceptional range. It is clear yet steamy, cosmic yet private, both playful and profound.”—New York TimesLeonard Cohen wrote the poems in Book of Longing—his first book of poetry in more than twenty year...

A day to day account of the life of a home educating family.How a learning lifestyle occurs naturally in daily living as well as seeing to all the necessary practical needs of family.We hope this journal not only encourages you to relax and enjoy yo... 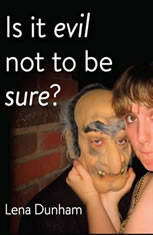 Is it evil not to be sure?
by Lena Dunham

Is it evil not to be sure? is a collection of entries from Lena Dunham's diary--or what she called her "Creative Snippets and Observations Journal"--from the fall of 2005 and the spring of 2006. It is a candid, chaotic, and occasionally poetic snaps...