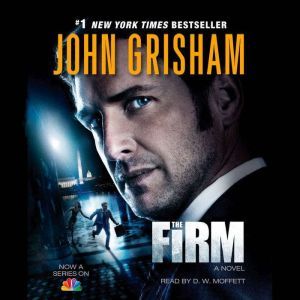 At the top of his class at Harvard Law, he had  his choice of the best in America. He made a deadly  mistake. When Mitch McDeere signed on with  Bendini, Lambert & Locke of Memphis, he thought he  and his beautiful wife, Abby, were on their way.  The firm leased him a BMW, paid off his school  loans, arranged a mortgage and hired him a  decorator. Mitch McDeere should have remembered what his  brother Ray -- doing fifteen years in a Tennessee  jail -- already knew. You never get nothing for  nothing. Now the FBI has the lowdown on Mitch's  firm and needs his help. Mitch is caught between a  rock and a hard place, with no choice -- if he  wants to live. 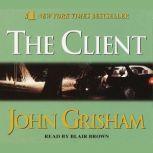 The Client
by John Grisham

In a weedy lot on the outskirts of memphis, two  boys watch a shiny Lincoln pull upt ot the  curb... Eleven-year-old Mark Sway and his younger brother  were sharing a forbidden cigarrette when a chance  encoun...