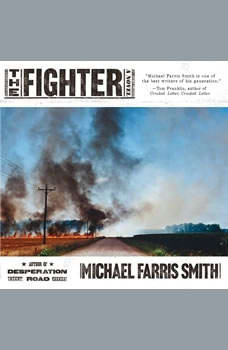 A blistering novel of violence and deliverance set against the mythic backdrop of the Mississippi DeltaThe acres and acres of fertile soil, the two-hundred-year-old antebellum house, all gone. And so is the woman who gave it to Jack, the foster mother only days away from dying, her mind eroded by dementia, the family legacy she entrusted to Jack now owned by banks and strangers. And Jack's mind has begun to fail, too. The decades of bare-knuckle fighting are now taking their toll, as concussion after concussion forces him to carry around a stash of illegal painkillers and a notebook of names that separates friend from foe. But in a single twisted night, Jack loses his chance to win it all back. Hijacked by a sleazy gambler out to settle a score, Jack is robbed of the money that will clear his debt with Big Momma Sweet--the queen of Delta vice, whose deep backwoods playground offers sin to all those willing to pay--and open a path that could lead him back home. Yet this sudden reversal of fortunes introduces an unlikely savior in the form of a sultry, tattooed carnival worker. Guided by what she calls her "church of coincidence," Annette pushes Jack toward redemption, only to discover that the world of Big Momma Sweet is filled with savage danger.Damaged by regret, crippled by twenty-five years of fists and elbows, heartbroken by his own betrayals, Jack is forced to step into the fighting pit one last time, the stakes nothing less than life or death. With the raw power and poetry of a young Larry Brown and the mysticism of Cormac McCarthy, Michael Farris Smith cements his place as one of the finest writers in the American literary landscape.

The Legacies of Brigadier Station
by Sarah Williams

Can Lachie be the father Hannah needs? And the man Abbie deserves?When tragedy strikes the small rural town and secrets begin to unravel…Lachie McGuire is trying to make a fresh start. He’s sobered up and is making amends for all the pe...

Raven meets Ben once a year. She doesn’t have his details. Just meets this sexy, hot farmer when he’s down for the Royal Show in Adelaide. That’s how it’s been for the last two years. Will he show up this year at their rendez...