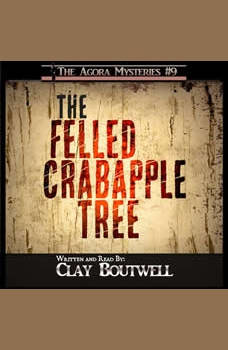 The loveliest creature on earth ... a dark secret ... and the felled crabapple tree

An anonymous telegram introduces Carl Brooke to both his future wife and her conflicted brother. Long buried secrets from the Civil War threaten to come to the forefront with the discovery of a deliberately cut tree.

As he tugs at the loose threads, Carl discovers the presence of a mysterious one-legged man and the possible reemergence of his nemesis, Thomas Drake.

Fans of Sherlock Holmes and detectives who use keen reasoning to untangle mysteries will love this latest installment of the Agora Mysteries.

This insightful tale can be read alone or in tandem with the rest of the series.

Get your copy now.