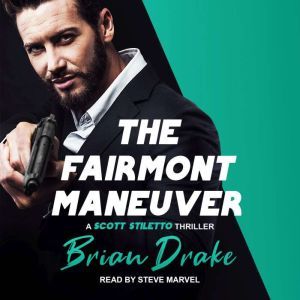 The Fairmont Maneuver is book two in the hard-edged, action thriller series-Scott Stiletto. An urgent plea from a former flame brings CIA agent Scott Stiletto to San Francisco. Ali Lewis was once a capable spy herself before striking out on her own, creating a fashion empire that stretches around the world. Now her father has been murdered, and Stiletto is the only man Ali can trust to learn the truth behind the killing. Evidence points to a growing international conspiracy orchestrated by Iran involving the smuggling of nuclear bomb parts, kidnapped scientists, and a decades-old mafia/Silicon Valley alliance the government has been powerless to stop. And, somehow, Ali Lewis is caught in the middle. Stiletto knows one thing for sure-this mission is personal.