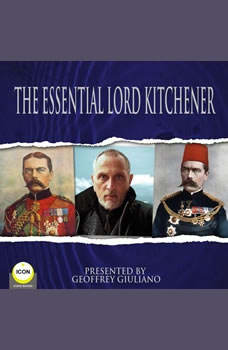 Horatio Herbert Kitchener, born on June 1850 in Ballylongford, County Kerry, Ireland was a great soldier and statesman. Kitchener was credited in 1898 for winning the Battle of Omdurman and securing control of the Sudan for which he was made Lord Kitchener of Khartoum, becoming a qualifying peer and of mid-rank as an Earl. As Chief of Staff (1900–1902) in the Second Boer War he played a key role in the conquest of the Boers. His term as Commander-in-Chief (1902–09) of the Army in India saw him quarrel with another eminent proconsul, the Viceroy Lord Curzon, who eventually resigned. Kitchener then returned to Egypt as British Agent and Consul-General. In 1914, at the start of the First World War, Kitchener became Secretary of State for War, a Cabinet Minister. One of the few to foresee a long devastating war, lasting for at least three years, and with the authority to act effectively on that perception, he organised the largest volunteer army Britain had ever seen, and oversaw a significant expansion of materials production to fight on the Western Front. On 5 June 1916, Kitchener was making his way to Russia to attend negotiations, on HMS Hampshire, when it struck a German mine just west of the Orkney, Scotland and sank. Kitchener was among 737 who died. This is his story. GEOFFREY GIULIANO is the author of thirty two internationally best selling books published by the biggest publishers in the world from 1984 to today. He is also an acclaimed Hollywood film actor, director, designer, and is the voice on over 500 popular audiobooks.Series producer Avalon Giuliano in New York Produced by Alex Franchi in Milan Edited and mixed by Macc Kay in BangkokICON intern Eden Garret Giuliano