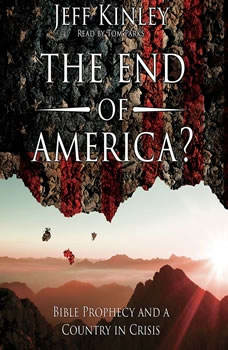 The End of America?: Bible Prophecy and a Country in Crisis

Will God’s Wrath Fall on America?

What happens when a country glories in its immorality, turning away from faith in God and obedience to Him?

Jeff Kinley, author of As It Was in the Days of Noah, explores historical and biblical precedents for the demise of a nation and addresses pressing questions such as…

How did we get to this point?Is America in Bible prophecy?Will Christians face widespread persecution here?What effect will the rapture have on America?How should I respond to the moral decline?

This forthright survey of current events and trends offers valuable perspective on the future of America—along with powerful motivation to embrace the only source of lasting hope.

As It Was in the Days of Noah
by Jeff Kinley

The story of Noah is one of the most captivating in all the Bible. Yet most people remember it mainly as a children’s story found in picture books and heard in Sunday school classes. But this tragedy really took place?and widely overlooke...