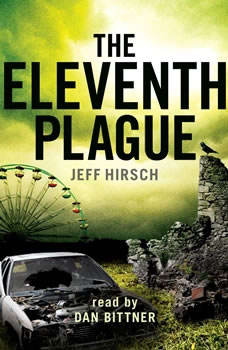 In the aftermath of a war, America's landscape has been ravaged and two thirds of the population left dead from influenza. Fifteen-year-old Stephen Quinn and his family were among the few that survived. But when Stephen's grandfather dies and his father falls into a coma, Stephen finds his way to Settler's Landing, a community that seems too good to be true. There he meets strong, defiant, mischievous Jenny and when they play a prank on the town bully's family that goes horribly wrong, they find themselves in the midst of a battle that will change Settler's Landing forever.

The Possibilities of Sainthood
by Donna Freitas

Antonia Lucia Labella has two secrets: at fifteen she’s still waiting for her first kiss, and she wants to be a saint. An official one. To Antonia, saints are royalty and she wants her chance at being a princess. All her life she’s kept...

There’s nothing All Star pitcher Peter Friedman loves more than baseball. It’s his life. He breathes baseball, dreams about it, and works his tail off to be great. Most kids are nervous about starting high school, but Pete’s amazin...

The Quilt
by Gary Paulsen

A six-year-old boy goes to spend the summer with his grandmother Alida in a small Minnesota town. With the men all gone off to fight, the women are left to run the farms. There’s plenty for the boy to do – trying to help with the chores;...