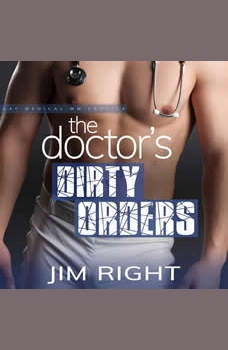 An annual physical exam is something Jasper endures because of his parent’s nagging. When he turns up for his latest one, he’s surprised to find a new doctor in attendance. Not that he’s complaining about it and he tells Dr. Black that he promised his mother he’d do whatever he was ordered to. That gets a dirty doctor taking advantage of a willing young man to turn the examination kinky.