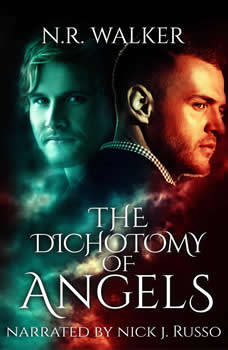 The Dichotomy of Angels

Nathaniel and Chasan are no ordinary angels.

Destiny chose them to be twin flames, fated mates. But Nathaniel has avoided Chasan for nearly a thousand years.

When sent to Earth on a mission to live and work together, Nathaniel comes face-to-face with his destiny. Short-tempered, petulant, and grumpy, he hates the idea of being fated to anyone and has chosen an existence of isolation rather than spending time with the calm, kind, and serene Chasan. But now he has no choice.

One is fire, the other is air; a true dichotomy of angels. Together they will be ignited, or they will be extinguished. This assignment will seal their fate either way.

85,000 words. A sometimes-funny, sometimes-serious story about love, destiny, and other heavenly disasters.